We've had a house guest for the last couple weeks. 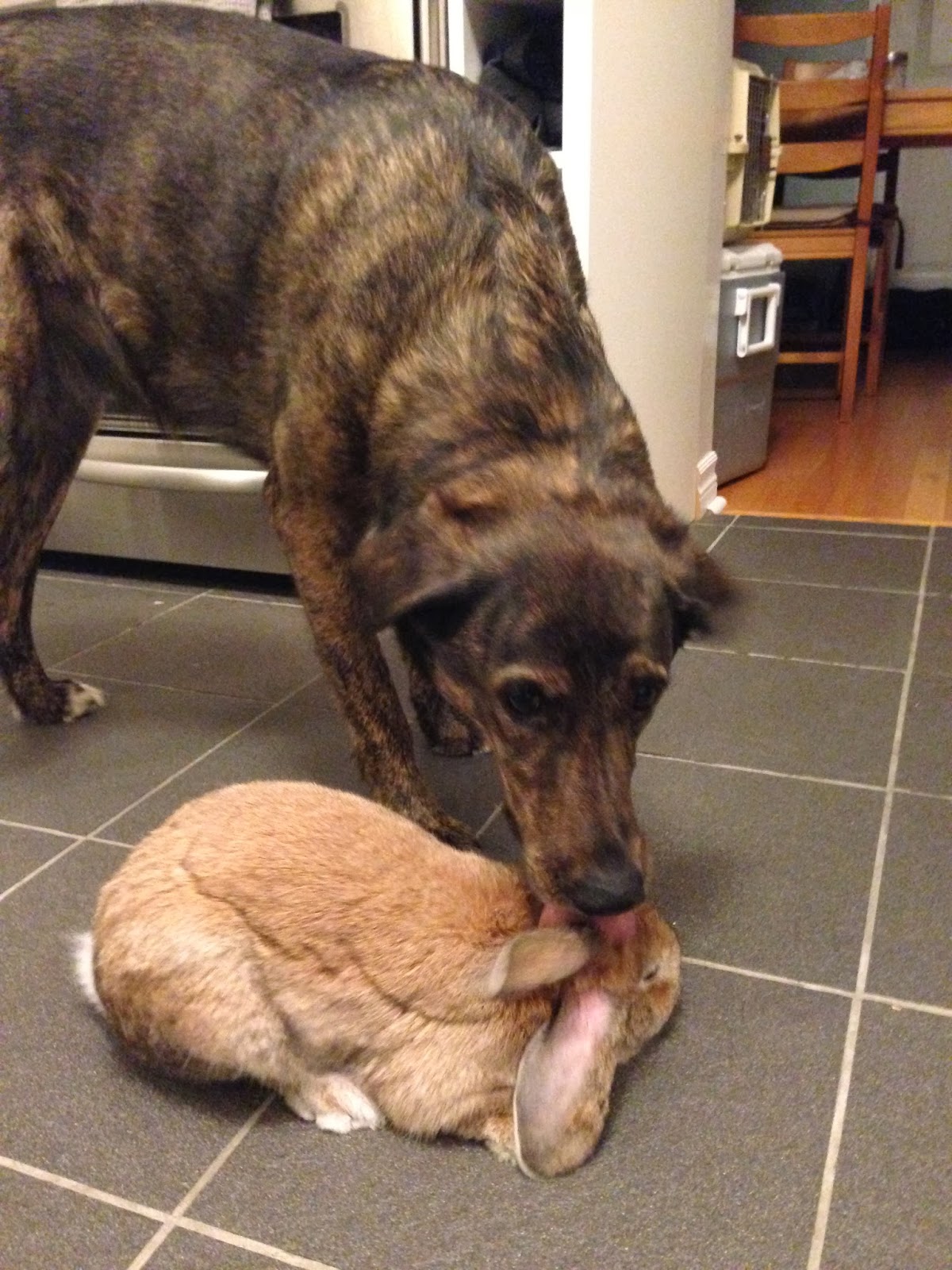 I wasn't sure what Hazel would think, given she is a bunny-chasing hound dog. Turns out she just wanted to lick his ears. A lot. 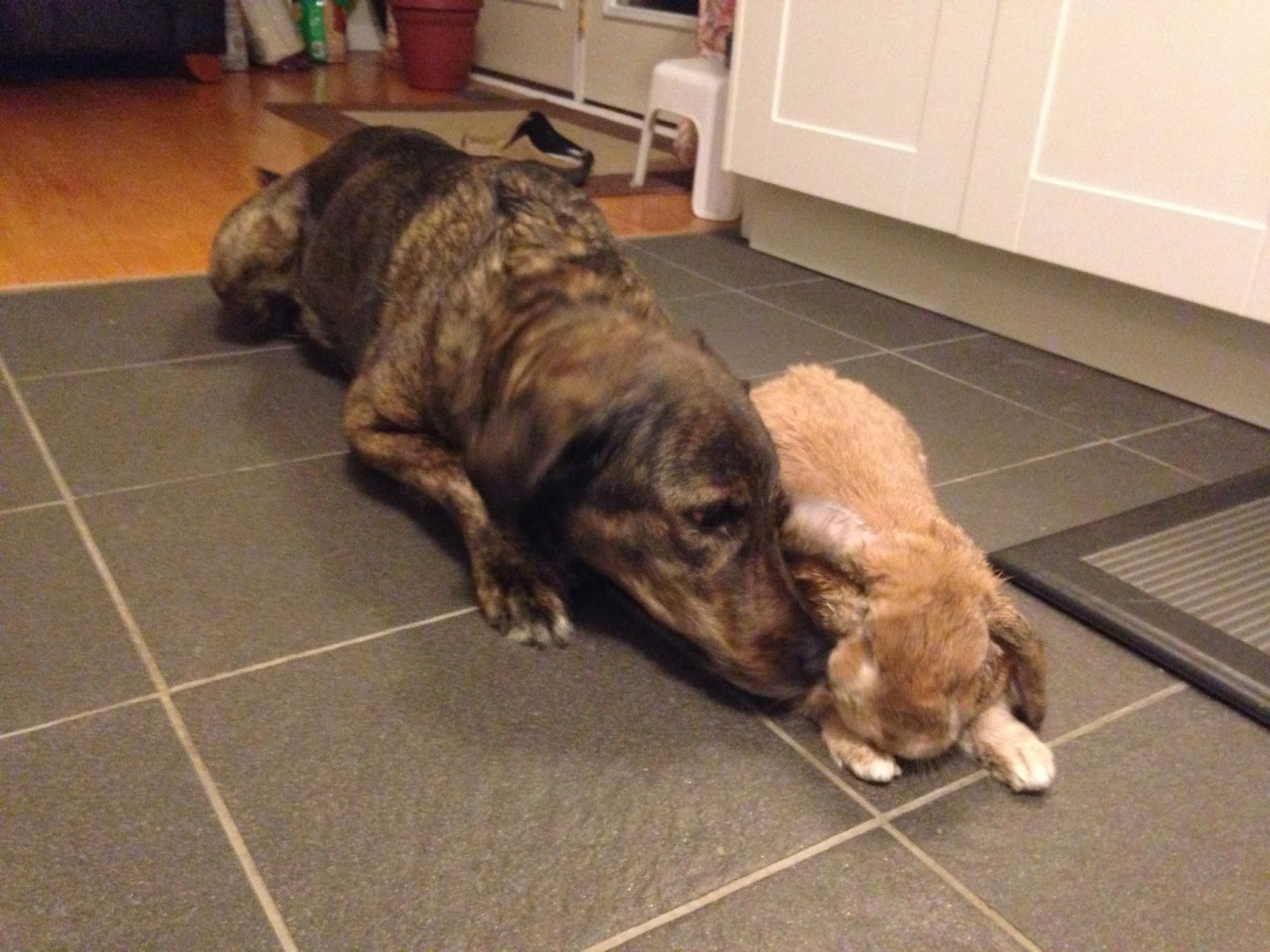 This bunny doesn't run, so it never sparks the full prey drive in Hazel. After having the bunny, Momo, for over a week, Hazel is now not so insistent on following his every move and only licks his ears when he asks. Yes, he totally asks for it!

Momo, in true rabbit form, thinks anything is worth trying to nibble at least one or two (but typically a hundred) times. When that started to include Hazel's nails, she was more than happy to move away from him!

It has been so cold for such long stretches that I would be at a total loss for entertainment if it weren't for Momo. Riding is very difficult in these temps and I don't think it's healthy to try to work below -20C (without the wind chill). Truthfully, I don't even try below -18C, though I might free lunge to get Armani moving and try to relieve some boredom. But that's another post.

There is a lot I didn't realize about domestic rabbits and it has been a pleasant surprise to have this one to care for. He is house trained! One litter in the cage, one outside. He quickly chose a favorite place to poop when free. We put a litter pan there and he has never pooped anywhere but in that pan since. Pretty smart!

He is extremely curious and loves to explore. He can recognize "another bunny" if he sees himself in a mirror. He pushes my exercise ball around and a whole slew of other weird and funny stuff. It's been very entertaining on these exceptionally cold winter nights. 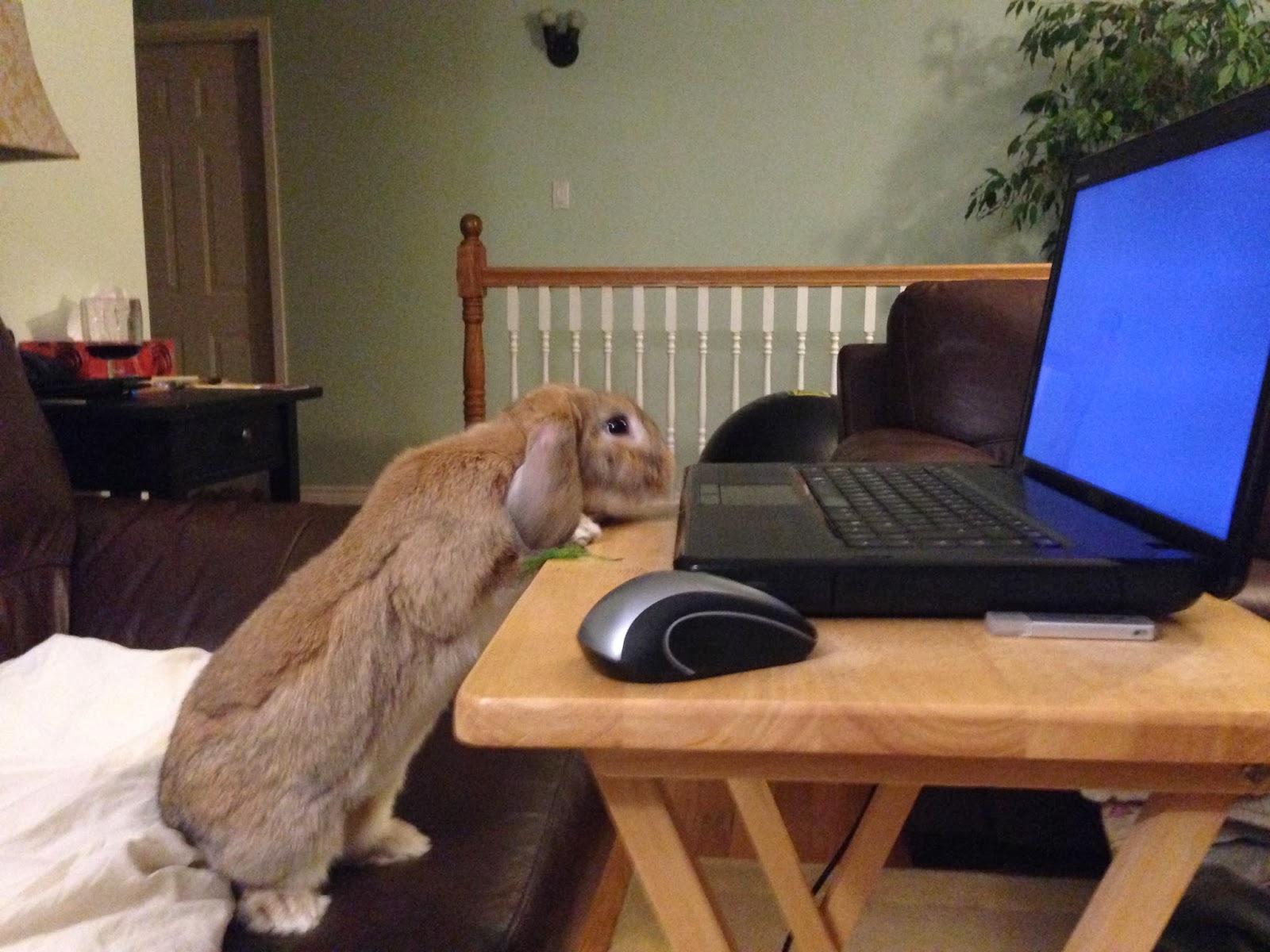 I'm a little worried Hazel will miss him when he's gone. 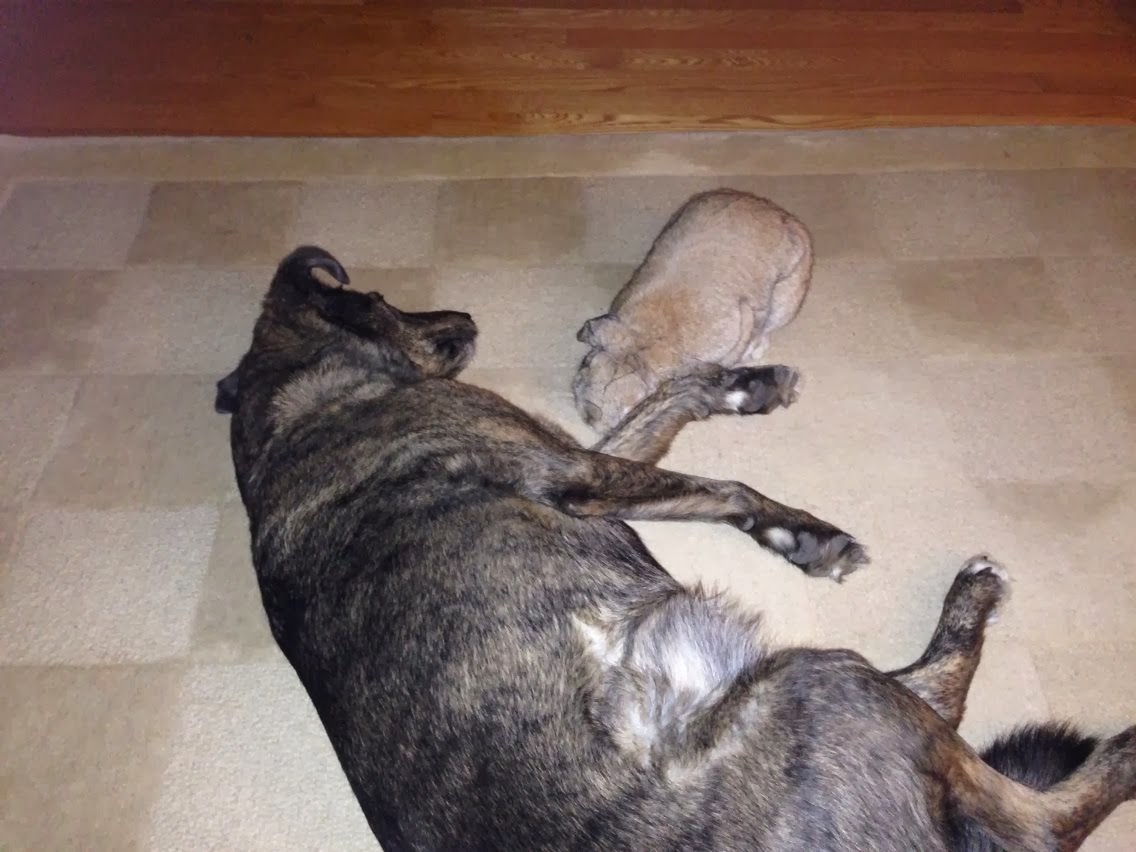 Hastily scribbled by RuckusButt at 11:32 PM

Awww man...He's cute and I could totally get used to having him around.

He is so cute!!! I would love to have a rabbit. I also want a pot-bellied pig. Jason is not on board with having either!

We are having a lot of fun with him. However, after I put my cat down in the spring, I swore I'd never have another pet with an indoor litter. The bunny is litter trained but I don't love having to clean them. Plus, his freedom has to be totally supervised or he will chew random things. It's fun to watch his creativity but tiresome too because I'd like to give him more freedom but can't do anything but watch him when he is free.