Saturday night was the awards banquet for last years' show season. Since my horse was 4 last year and I had never shown hunters, or anything at all since I was a child, I did our Ottawa Valley Primary Show Circuit which is our "bronze" or schooling level.

Armani finished Reserve Champion in the Green Hunters and 4th in the Hack division. The Hack award is funny because we only showed that division 4 times and I only did so when it ran right before the Greens, just to keep from standing around the whole time. 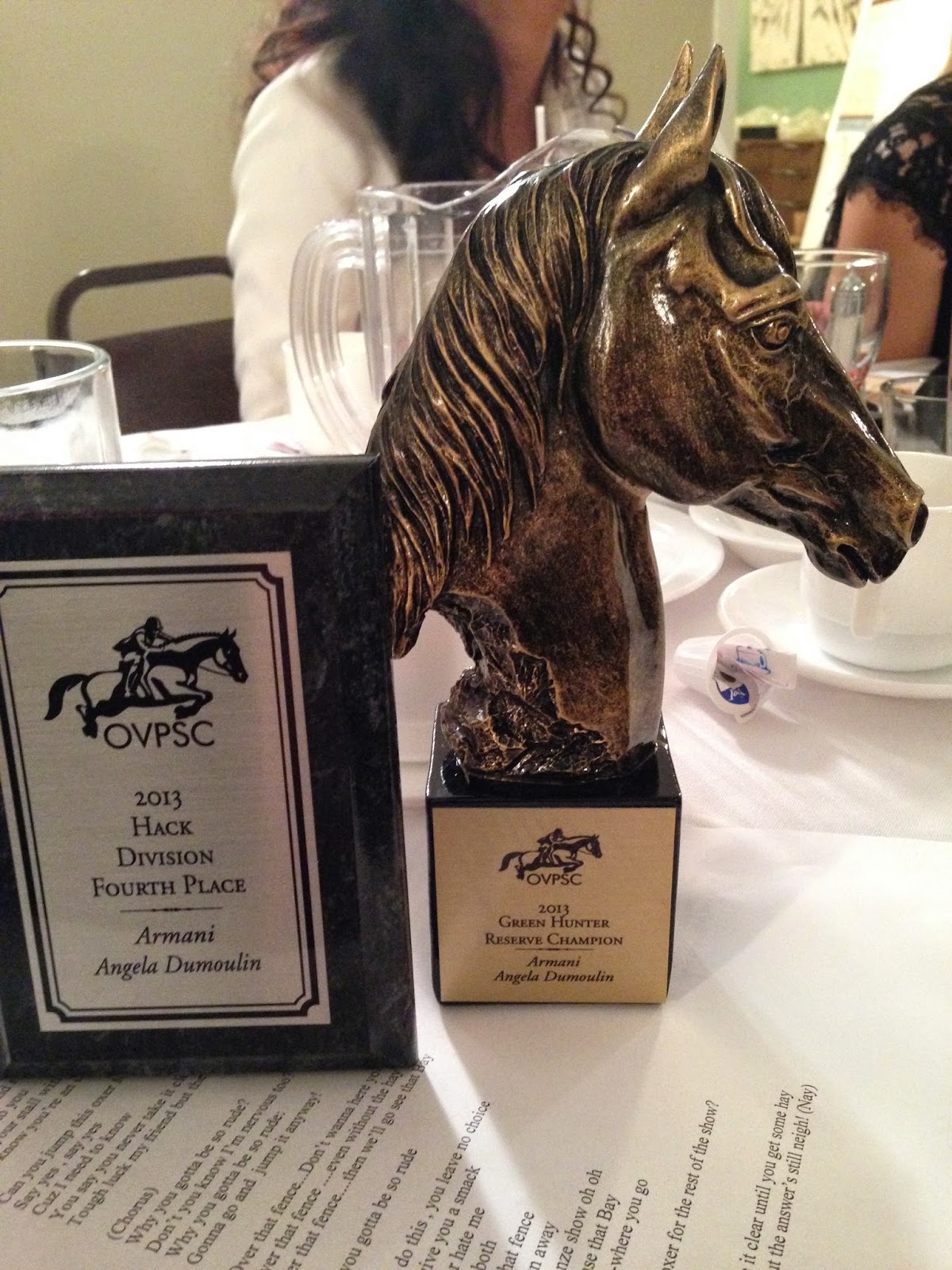 I wish you could somehow share awards with your horse, it doesn't seem fair that I get the trophies. I tried to get something for him - I won a door prize at the banquet and ignore cooler prizes in favor of what I thought was a box of fancy horse cookies. Yeah...they were people cookies. Since I really don't have much of a sweet tooth, I brought it to the barn for boarders to enjoy.

The executive committee for this circuit has made some major changes to the divisions offered.  The result of which means I will be showing Trillium.Silver this year. My coach and I had discussed making that move in the fall but had ultimately decided to just do the schooling circuit again this year in the 2'6" jr/am since Armani is only 5, I only have one show season under my belt, and we are in no hurry.When they posted the list of pointed divisions and I saw my division was cut, plus the other core divisions pushed us out because they were either too basic or had rules about how many 1st place finishes. The only interesting divisions for us were "optional," meaning that venues could choose to host them or not. I can't plan a season around that, so Trillium it is! Now to decide on the schedule...


Hastily scribbled by RuckusButt at 11:04 PM

I know the feeling. The local circuits we have only offer to a certain height and those sections never fill anyways so shows rarely offer them.

Your association gives out nice awards, congratulations to you and Armani! And I *wish* I didn't have much of a sweet tooth . . .