I am obsessed with the oil leak in the Gulf. I am also incredibly disappointed with the media coverage. Yes, it's covered, but I don't get the same sense of horrific tragedy that this disaster deserves. I've questioned myself several times about my reaction. Am I over-reacting? I've also asked people a lot more knowledgeable about Earth Sciences than I am. The consensus? No amount of reaction could really be too much. Put simply, this is horrible.

I've collected some photos from around the net. I thought I'd share them in case they are hard to come by where you are, as they tend to be here. Some are from the last week or so and the last two are from today, May 20, 2010. I warn you, they made me cry. I don't care if that sounds weak or sappy. I am devastated. I am showing these because I believe not enough people are seeing them. Maybe I'm wrong, I hope I am. I also believe these aren't the worst of what's out there or what's to come, but they are what I was able to find and store over the last couple weeks.

Booms protecting shorline. In recent
images, you can see the oil crossing
the booms. 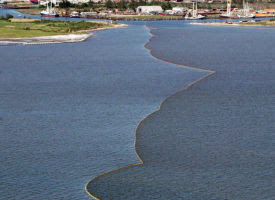 A worker dipped his hands in the "water". 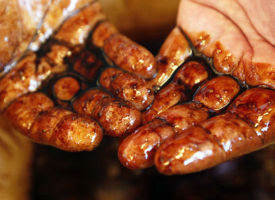 An oil-soaked bird struggles for life against a ship. 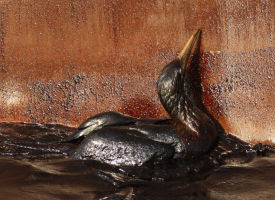 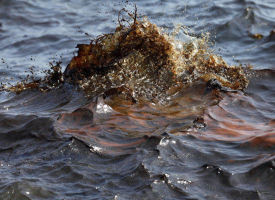 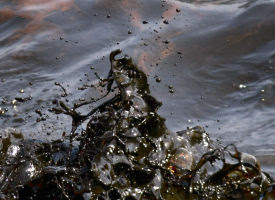 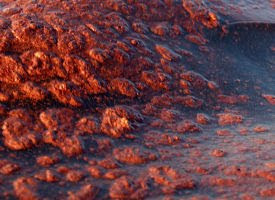 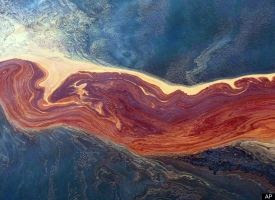 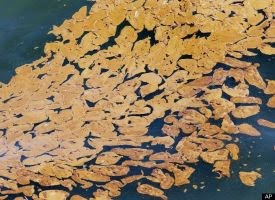 Ships dragging boom make attempts at clean-up.
Like vacuuming your house with tweezers. 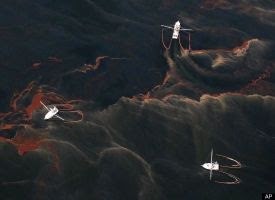 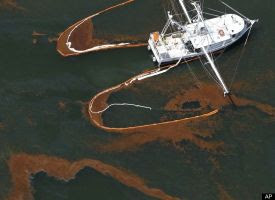 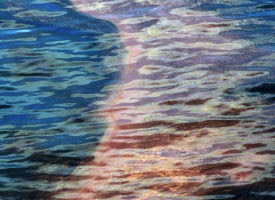 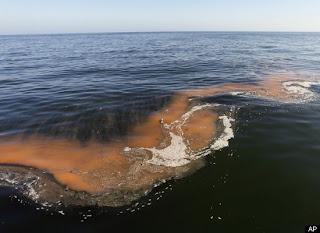 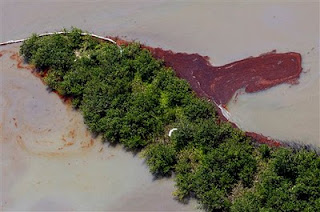 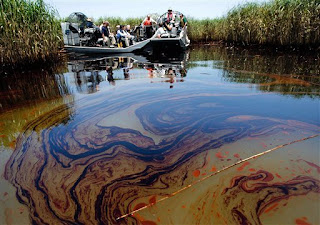 Hastily scribbled by RuckusButt at 11:11 PM

I agree with you. It's doubly disturbing when one considers that the Louisiana bayous are literally teeming with life. I've been there and I've never seen anything like it. The other part of the story we haven't heard much about is the effects on fish and crustaceans. Two thirds of the wild caught shrimp in the US comes from the LA marshes, particularly those currently worst affected by this spill.

Another even that, IMO, was severely under reported was the middle Tennessee flood. It was devestating and was literally a ONE THOUSAND YEAR event. As in, this will happen once every 1,000 years. So many people lost everything tney had, their homes and everything in them. We were so lucky to have no ill effects as thousands were not so furtunate. I guess since we aren't all looting from each other or sitting around waiting for the government to come do something to help us there isn't enough drama to make the reporting worthwhile. It is just neighbors, strangers and communities pulling together to clean up the BILLIONS of dollars in damage all on their own.

Wow, that's crazy too. I figured I didn't hear too much about it because of where I live. I did read the fugly blog about it and several comments stated it was reported...maybe it depended on the source? Either way, it sounds like the flood deserved better coverage.

Water certainly can be destructive...but at least it's water. I know, that's not helpful to those severely affected, but it seems to me the oil gush will remain a problem far longer and have much further reaching consequences. It is a global catastrophe. I'm guessing we don't even know the half of it yet.

It is horrific. It makes my eyes well up every time I look at pictures. I am a Floridian so I have spent many days on the Gulf of Mexico beaches. So sad.