This year's fun show was a bit more dramatic than I expected! Will was pretty freaked out at the change in the arena and he began acting up a bit in the morning. After working through some sticky spots - a balance between letting him look and getting after him for not moving forward - he was pretty good. I know this horse well and I know that if he is given a second to look at the scary spot, he will move on and it won't be an issue anymore. Ok, so he might have a mild issue like a bulge of the inside shoulder around a scary corner. Not great but definitely something I can work with.

The morning flat classes ended up pretty solid, considering we've only been schooling for a couple months. In the afternoon I had some issues with my coach that I will bitch about discuss in my next post. A little icing on the cake for what I've been experiencing with her lately.

All that aside, I was very happy with my boy. He has never behaved so badly, lol, but then we changed his whole world. He is currently very fit and fed lots of high-energy feed. Although he is typically anything but hot, it does not surprise me that he has more "umph" for raising a fuss this year compared to last (someone else rode him but he was an out-of-shape, underweight, grass only fed, dead-head). Considering the week before we hacked out again when we saw a snowmobile for the first time, had a horse gallop past us out of "nowhere," and passed several cars on the road, all without much issue. I think he will be fine before too long, if handled well.


Will meeting Laura from littlekeebler.
I was so glad to see her and wished I had more of a chance to visit. 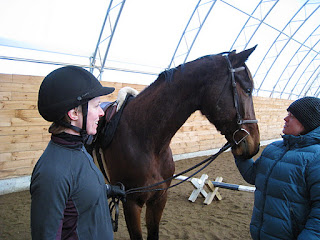 Will would not stand still so I let him walk a circle around me for a bit.
I think I'm wondering what happened to his brain in this pic. 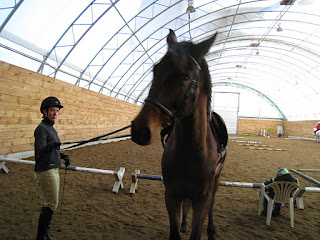 But he starts to settle down and pay attention once we get going. 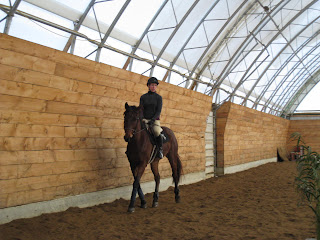 Oooh, THAT corner again!
Head comes up but I'm happy anyway because
of  his activity with his hind legs. Nice lift. 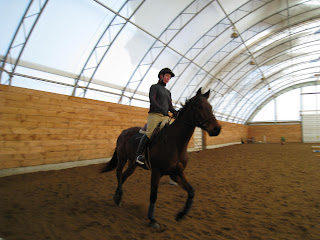 Canter in warm-up.  I haven't had any pictures or video for a long time,
except for the gallop video, which is hard to see much in.
I like how I can see his muscle development in his hind end
and the extent he is reaching under himself in canter. 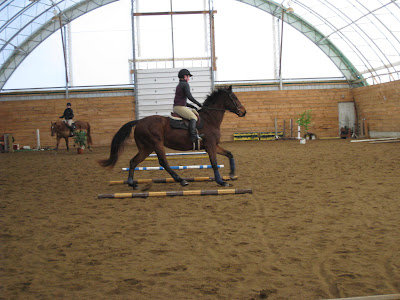 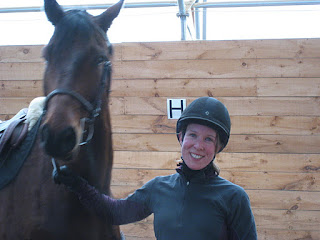 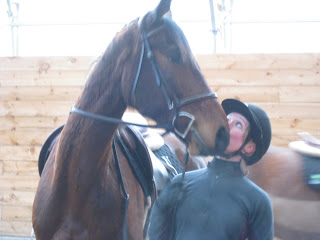 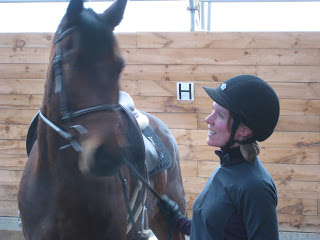 Facing the scary corner! Note the brace in the hind legs,
ready to move should the boogey man jump out. 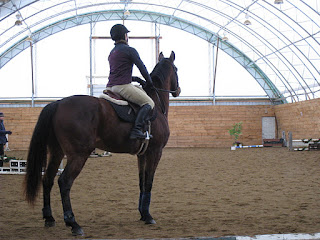 But after a look around, he starts to focus.
Still unsure though and looking for my direction. 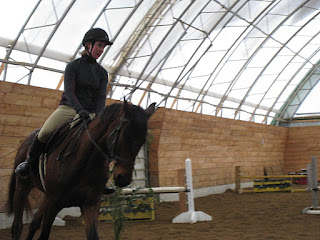 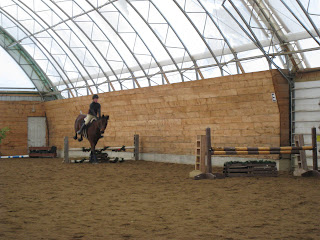 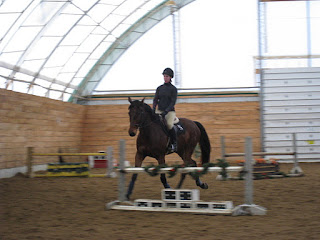 He's got some scope, once we get the worry down.
That is a 3' oxer. 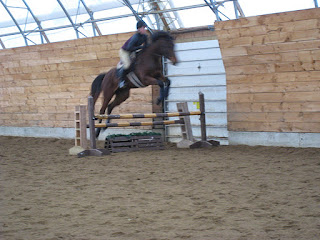 Oops! Crash towards the scary corner.
Poor guy, look at where his attention is. 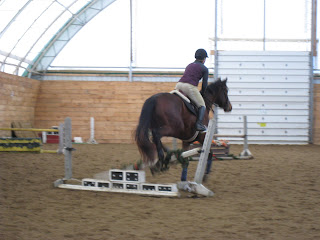 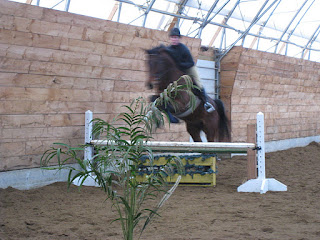 Tried to get a nice photo at the end of day but bay-boy
has had enough. I don't blame him, so have I! 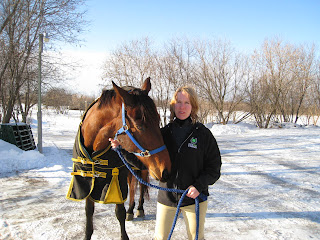 Hastily scribbled by RuckusButt at 10:48 PM

Love the pics! He looks great - even though he was being a bit silly... You handled him well and I'm sure you make some progress on every ride!

Tanks for sharing, he is very cute!
And what a wonderful, light riding hall you have. What is the roof made of?