Life has been pretty busy but mostly in a good way. I painted my living room and dining room and it looks pretty fantastic. Armani is fantastic and we are gearing up for show season - first show on Saturday!

Oh, and this happened: 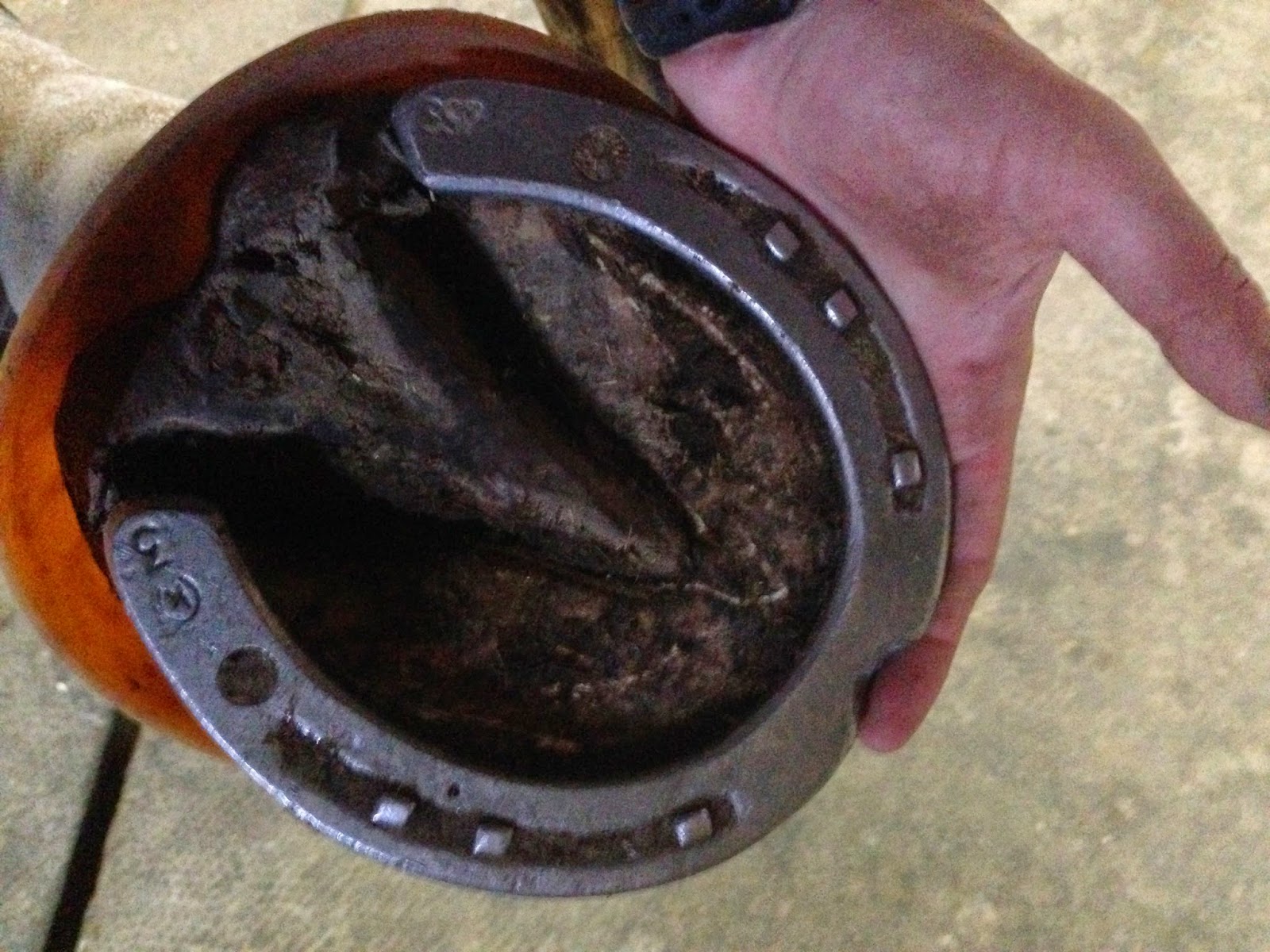 That's right, I put shoes on Armani a few weeks ago. I did not make the decision lightly at all. He has great feet that are sound on any surface so it seemed like a shame to mess with that. At the end of the day though, all it takes is one slip to do serious damage. Our jump field at home is on grass and almost all competition venues are on grass. Although Mani was very sure-footed last year in all kinds of conditions, he wasn't as confident in the takeoff as he is on sand and he did have some slips around turns. So, shoes it is.

He was not very good about the whole thing. Is there anything more embarrassing than having a horse who is bad for the farrier/vet etc? He wasn't mean or anything, just very nervous and then bored and wanted to be done with it. Thankfully he had been around other horses being hot-shod, so the smell wasn't new to him. Hopefully this will get better!

Also, we went to another clinic with Erynn Ballard. We had a great lesson and Erynn liked Armani a lot. She said he was easily a high-end equitation horse and I could get serious money for him. Nice to know, but he is not for sale :)  We went so I could school over scary jumps outside and that we did!

Photo is a bit late but still pretty nice. 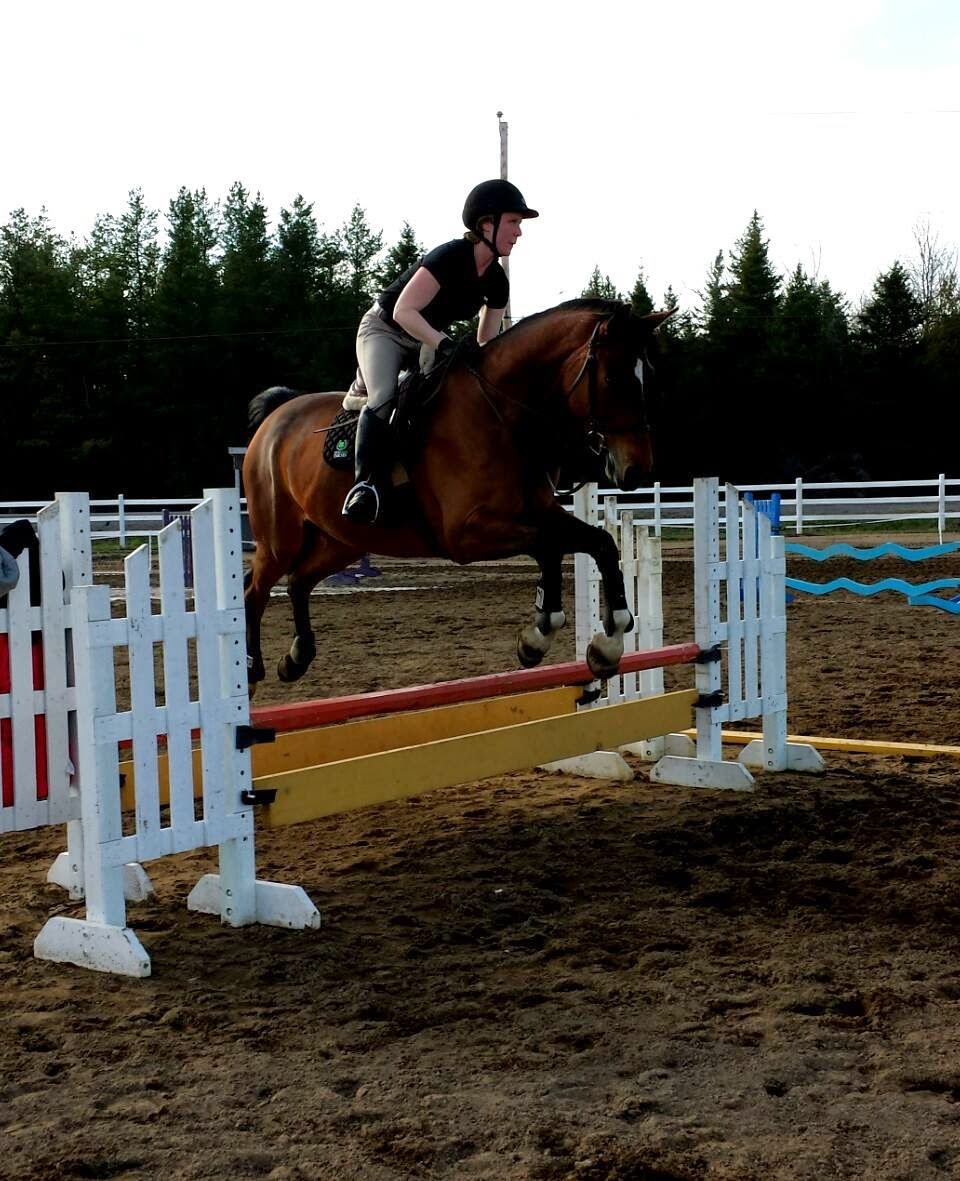 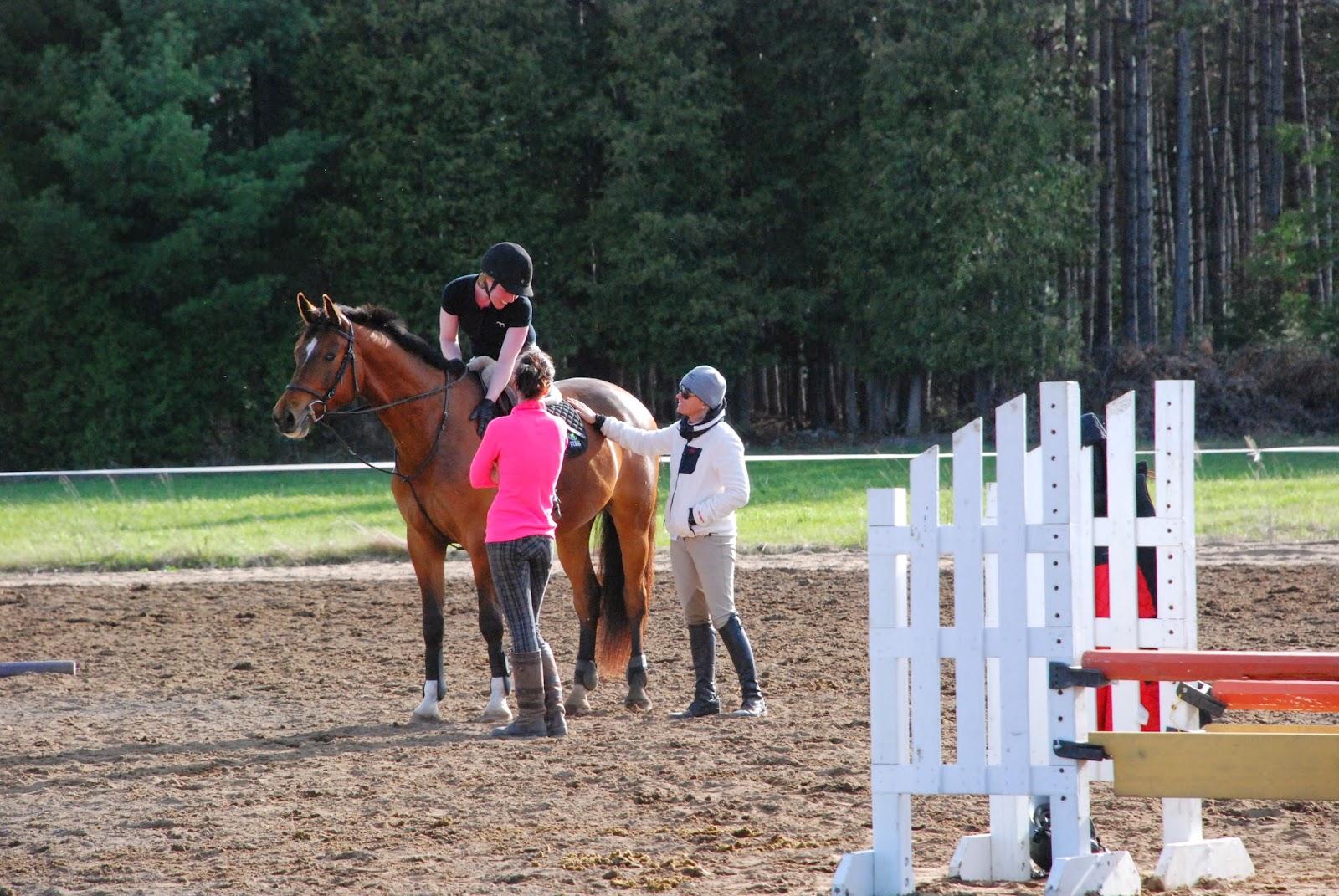 This pretty much sums up how I felt about it all. 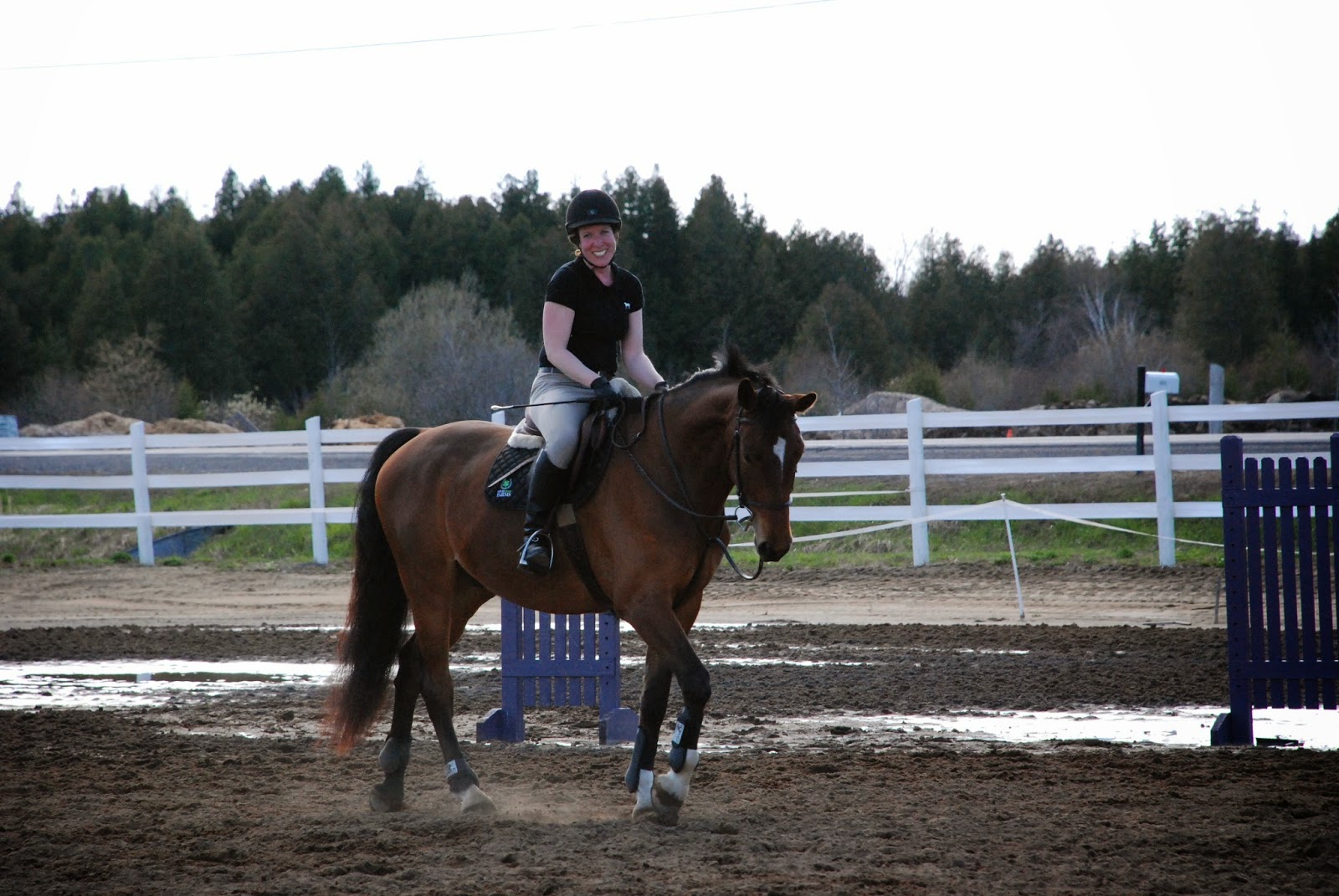 Ok, now off to attend to more show-prep!

Hastily scribbled by RuckusButt at 11:00 PM