I have so many things to say about my horse life with Brumby. The last month has involved a lot of revelations, so to speak, and I've been looking forward to sharing what's going on and also getting your perspective on things. For now, it will have to suffice to say that I have had the BEST rides the last 3 weeks. I feel like another mountain has been climbed and the horse and I arrived at the top together. I hope it lasts. Even if we have small set backs I feel like there has been a point which we can't regress past. Does that make sense? I wish I had shared the increments on this journey here.

But there was this 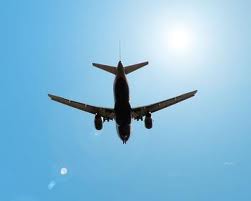 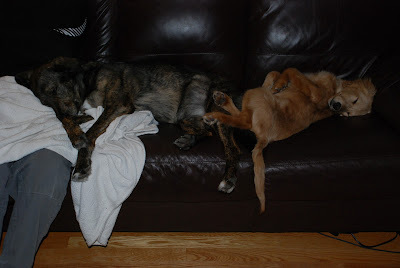 That beautiful golden foster dog was followed by more work travel for me and several big deadlines for my husband that all fell on the same day (that would be today - it's over, woo hoo!). When the humane society asked if I could take another foster a week after the golden left us, I told them it would be at least another month due to travel and busy schedules. I take fostering very seriously and don't think it's fair to young puppies if I don't have the time for them. Hazel requires a lot of exercise but she is otherwise calm and self-sufficient. Young puppies, not so much! I also have Hazel in a fantastic dog daycare once a week, sometimes more, so I can get to the barn. Most of the dogs I foster have bordetella (kennel cough) so they are in a soft quarantine for the first while. Not to mention I don't really want to pay the daycare fee for a dog that isn't mine. I know that probably sounds cheap but when you factor in the time and toys and training I put into these dogs, well, at $23/day/dog it ain't happening!

Where was I? Oh yes! So we fostered the golden from around December 20th until Jan 10th. She was adopted on Jan 19th by my mom after she had her spay surgery and dental surgery to remove some retained teeth. That was supposed to be a story on it's own!

There was NO WAY I was going to foster again for a little while.

Then I read a blog post from the humane society about 11 puppies who were found near a dumpster at our War Museum.
CBC News - Ottawa - 11 puppies found abandoned near Ottawa dumpster

The original article mentioned how they were having a hard time finding enough foster volunteers. Of course, there were plenty of people "off the street" (so to speak) offering to foster them but of course they won't do that. They actually care who their foster parents are and volunteers must have a police background check.

Of course, I knew 11 puppies on top of their normal volume would stress an already stressed foster system. It also happened that earlier that day my husband had decided to cancel his next business trip. So I sent an email... 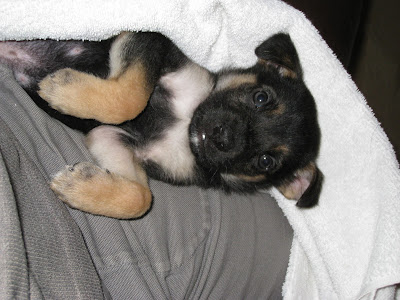 We've named him Logan and he is hilarious. He sleeps a lot but is increasing in playfulness everyday. Unfortunately, he came down with kennel cough so he has had several rough nights (and therefore so have we!). Our humane society is almost ready to move into their new location which is desperately needed. The building they are in makes it impossible to properly contain disease and is so old the electric, heating, and plumbing is not repairable. I imagine the need for my foster services will go down dramatically once they move since not ALL incoming dogs will get kennel cough!

So yeah, I've been busy. But it's the satisfying kind. I will leave you with a few photos. 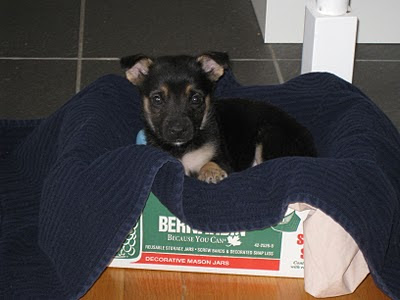 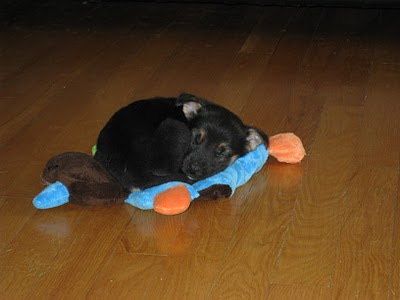 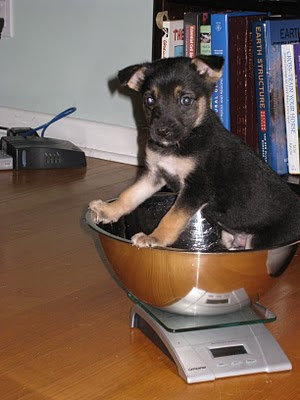 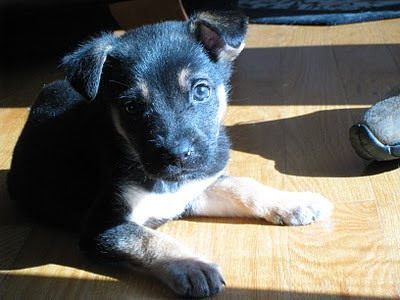 Though he be but little, he is fierce. 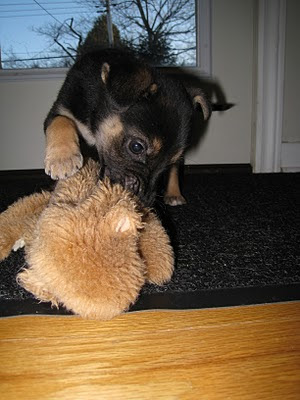 Hastily scribbled by RuckusButt at 10:02 PM

The photo of him asleep on a toy in the middle of the floor sure says "fierce" to me !

Seeing the pup and reading your post put a smile on my face this morning.

Oh my gosh he is too cute for words!

Aawwwww!!! He is the CUTEST ever!! Send him over here, right now!

Glad to hear that your rides have been going better... My offer still stands to take Rusty for a hack if you want to out on a relaxed horse!

That puppy is adorable - how great that you guys are able to help one from that litter - saw the story in the news...

(I tried to post a comment earlier today and it disappeared - sorry if this is a duplicate!)

Thanks Laura, I'd love to! See my comment on your wall.

It's impossible not to smile at this little guy!