Many interesting things have been going on that I would have loved to post about on their own. At this point, I’m hoping a brief-ish update on some of them will get me up to date and ready to talk in real time. Hah!
Now, on to the garden!
Sphinx moth on the house. 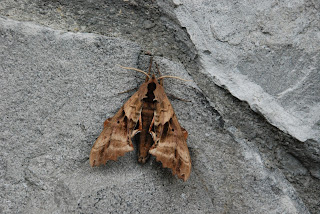 This picture was taken in darkness, it only looks like daylight because of the flash.
I thought the bolt was a frog. Oops. 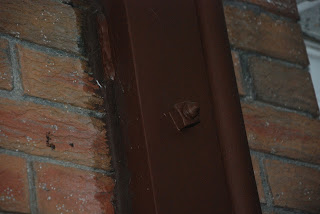 It was so hot today, there was really only one option after work. 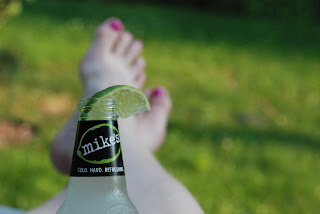 Overview of part of the veg garden. The jungle begins! 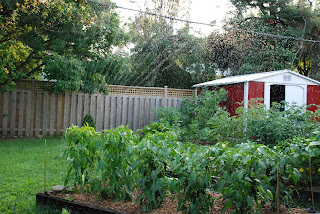 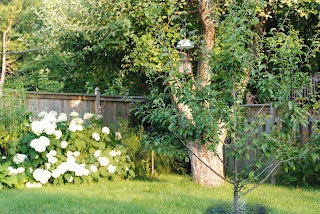 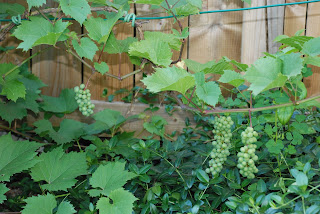 Zebra tomatoes. Not sure if they are green zebra or red/orange zebra.
I'm sure we'll figure it out as they ripen! 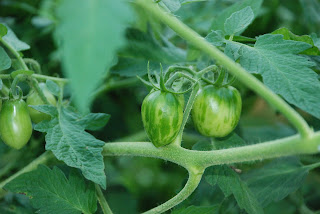 Cucumbers! Looks like a good year for cukes
so far. Which means lots of pickles. A good thing
since we have a growing distribution list! 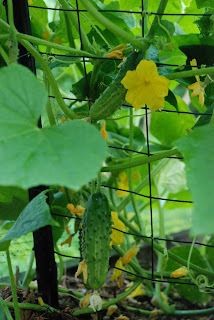 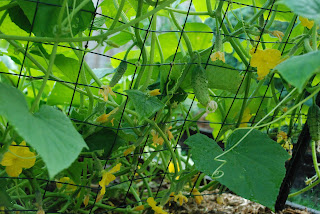 First pepper is ripening. This is a Crimson Red - supposed to be slightly-to-med hot but tends to cross-breed with our other peppers so can be anything from no heat at all to quite firey. No matter, it goes on salads and salsas alike! 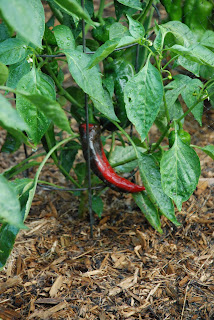 Hardy Kiwi. So excited to see what these will be like.
No idea when they are supposed to be ready.  :-) 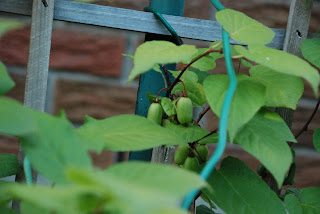 Five-fingers Eggplant.
Lovely, have been eating them for a couple weeks. 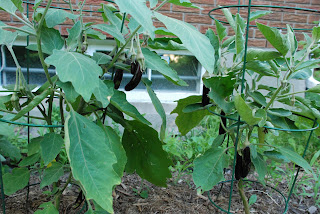 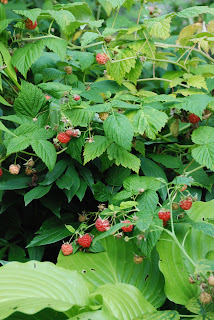 Hastily scribbled by RuckusButt at 9:17 AM

Excellent catch-up post! Some stuff I knew and some I didn't...

So, for next season, I'll be your show mom if you need it while Alex is off being Mr. Scientist!Seriously...we can work something out.

I would *love* for you to be my show mom - except I can't refer to you as mom!

You are absolutely at the top of my pickle list. Did I somehow miss that you were a fan of pickles? I should have given you a jar long ago!

I do like pickles - as long as they aren't too spicy, that is! I'm a bit of a wimp for heat.