Lots! I thought it was high time for a garden update.

The garden has been doing well this year and now that we've had several days of hot, HOT, weather, everything is maturing well and ripening up. Almost everything was started from seed except for a few pepper and tomato transplants. The seeds I started myself were much stronger plants right from the start :)

Without further ado, enjoy the tour!

First up, the root vegetable and cucumber bed.

Cucumbers are angled toward the house on a trellis at the top of the photo. From left to right - carrots, golden beets, garlic, red beets. I've been harvesting cucumbers for a few weeks and have a big pot of them in brine for pickling tomorrow. Why does it seem I need to pickle in the hottest weather? 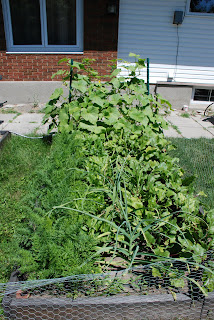 Close-up of carrots. I will try harvesting a few this weekend and checking their flavour. Last year I found them bitter early in the season but they improved later. Some of them are so huge though...plus I'd like to give the cucumber vines that are growing into the bed some space. I will also pull some beets this weekend. Yum! 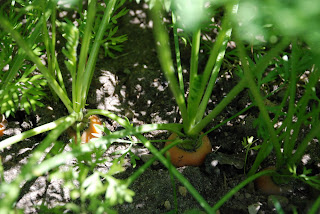 Next up, the pepper bed. I'm growing a variety called crimson red from seeds I saved from my favorite pepper guy at the market. They are supposed to be medium-hot but the first one I ate was pretty darn spicy. I am getting lots of peppers although they aren't huge. That's perfect for me because it's just me here so I can throw a whole one on a salad and eat them at their freshest. I also have another long variety called Carmen and love it because of how early it ripens. 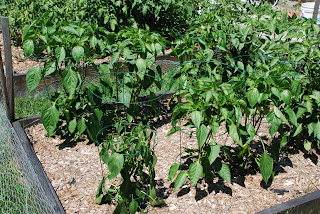 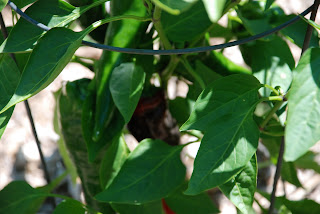 Ready to eat! This is a crimson...it made for a spicy salad. 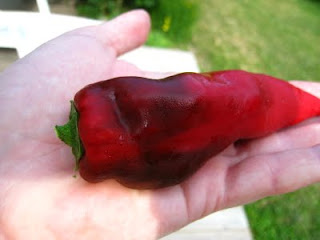 From the other side of the row of three raised beds, we can see the tomato bed. I overplanted this bed even though I knew better. But I had the plants and in the early spring it's hard to remember how much they'll fill in. Not planting seedlings feels like murder...I'm not kidding, you should see me trying to thin the beets and carrots once the seeds get going - I agonize over it!  On the left you can see the cucumbers spilling over the trellis. You can also see what a jungle my yard is...it looks smaller here than in person. 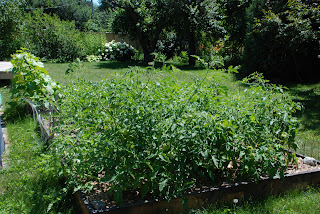 This was the first tomato to ripen (long since eaten), a delicious golden cherry. 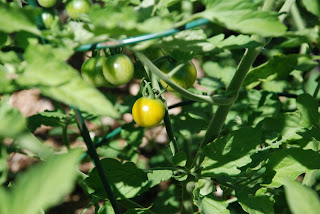 Here is a close-up of the hydrangea on the far side of the yard.It's about 2.5m square. 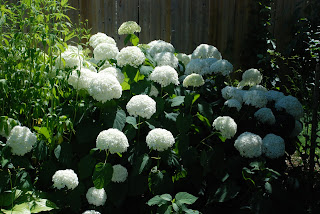 We made a new raised bed next to the shed this year. It has our hot peppers (jalepeno, big bomb and serrano), a massive parsley plant, kale, and some beans. 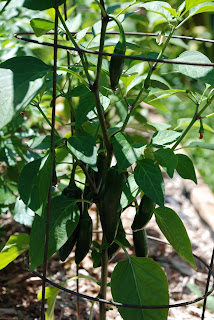 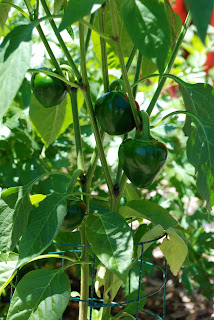 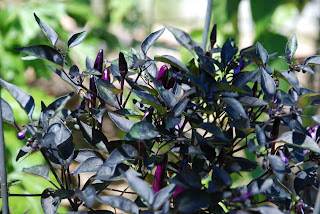 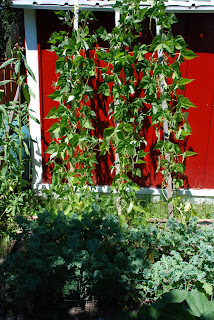 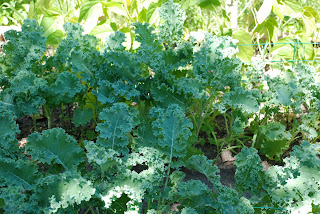 I have a bunch of stuff scattered throughout the rest of the yard. I haven't included photos of everything but here's a taste. 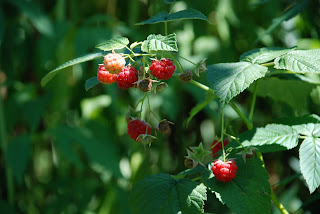 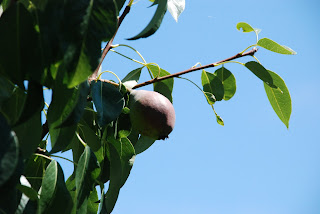 Wow - looks great!!! I have backyard envy - mine is sooo tiny compared to yours! :-)

Looks like you will have lots of great things to eat/preserve over the coming weeks.

I have fond memories of my grandfather's garden - I used to help him "thin" the carrots - I mostly just snuck down to the garden and ate them all. He always had to plant extra. :-)

What an impressive garden. You have a green thumb. Love the shot of the carrots peeking out of the ground and that pepper is a beauty.

Thanks guys :) There isn't a day that goes by when I'm not grateful that we found this house. Well, maybe mid-summer when I've been on my own for almost 6 weeks, this house/garden is too much for one person who works full-time! Laura, you mischeivous child, sneaking carrots, lol.